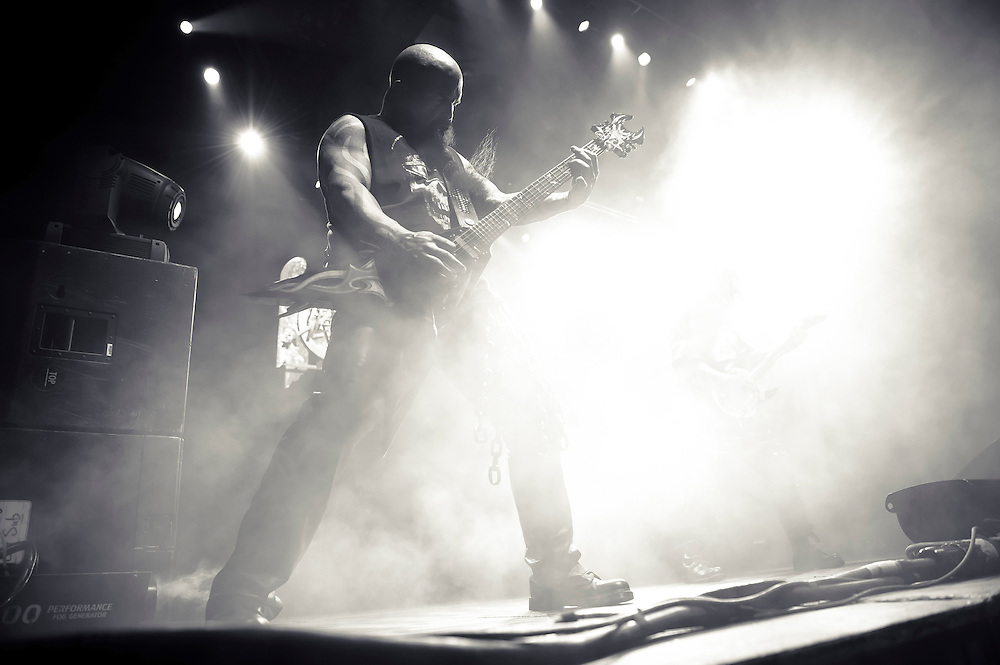 Heavier, faster and darker than all the rest. Thrash metal pioneers Slayer stormed Nassau Coliseum on the American Carnage Tour. The band celebrated the 20th anniversary of Seasons In the Abyss by playing the album in its entirety, as well as cuts from their new album, World Painted Blood. 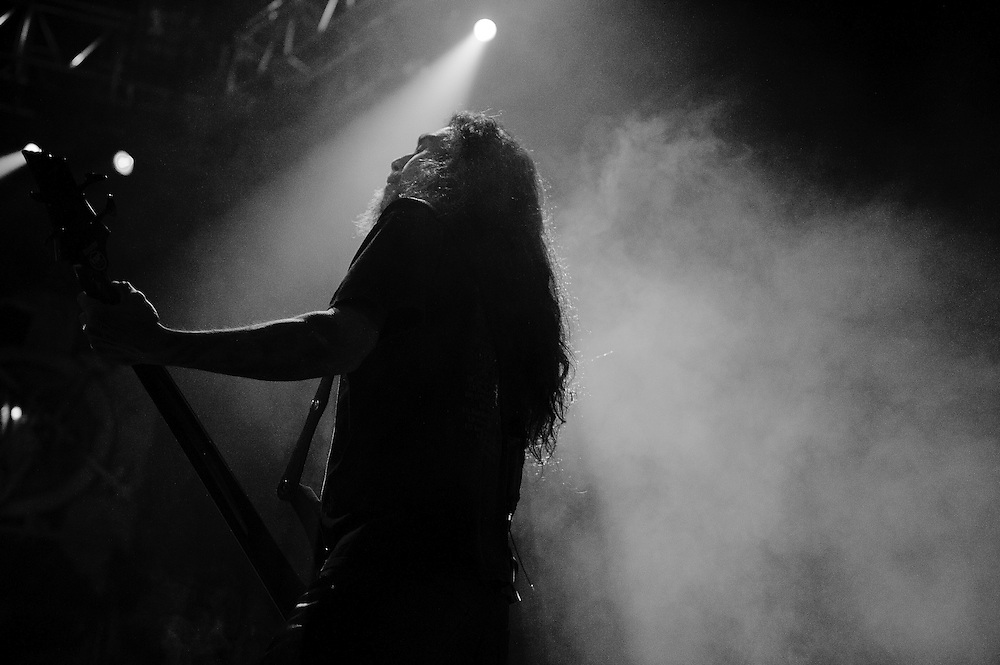 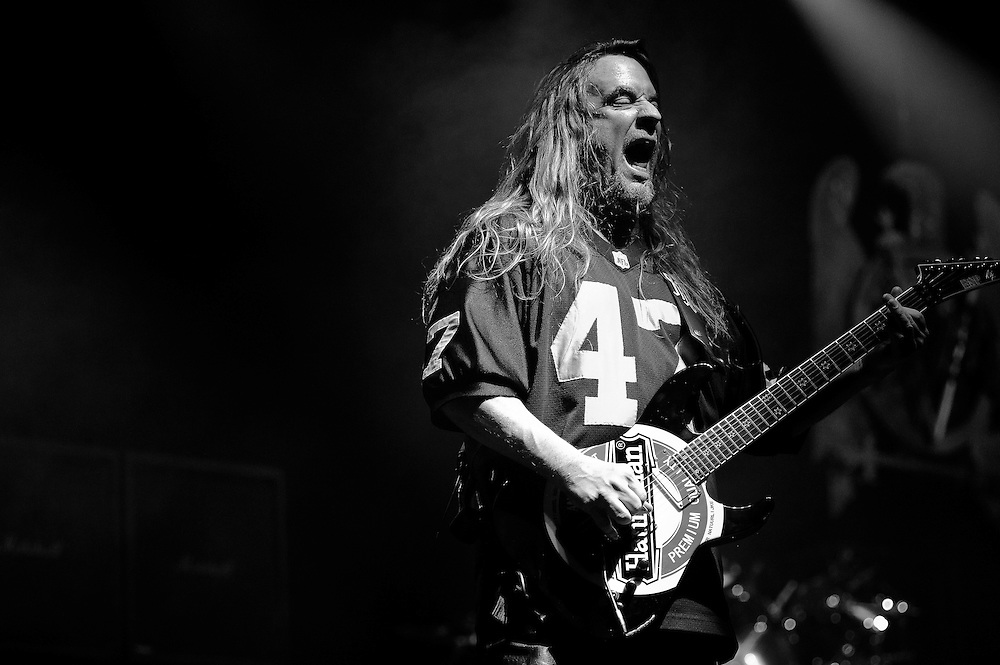 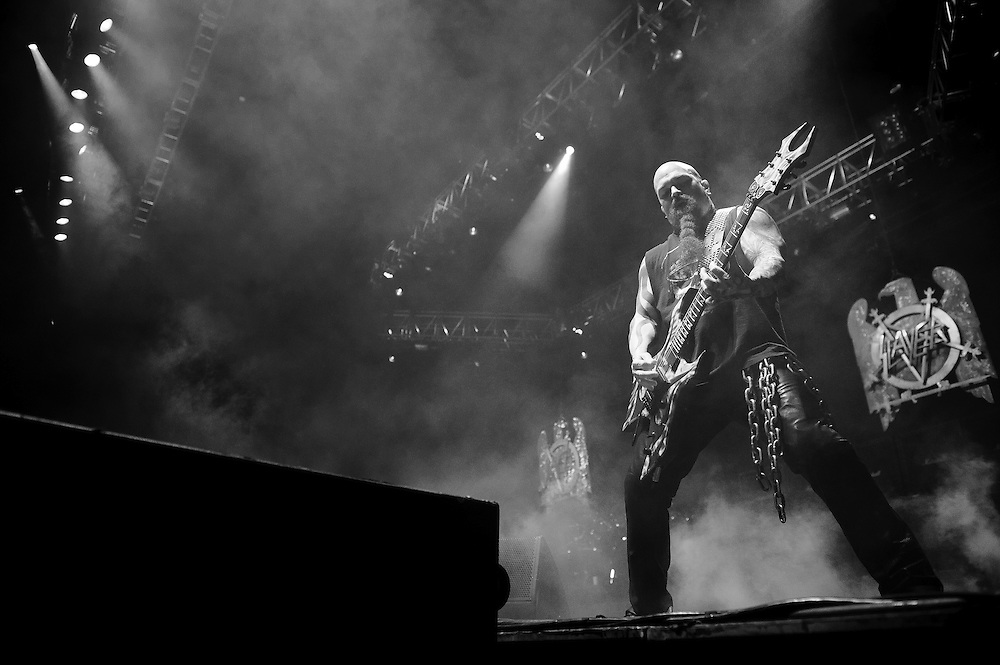 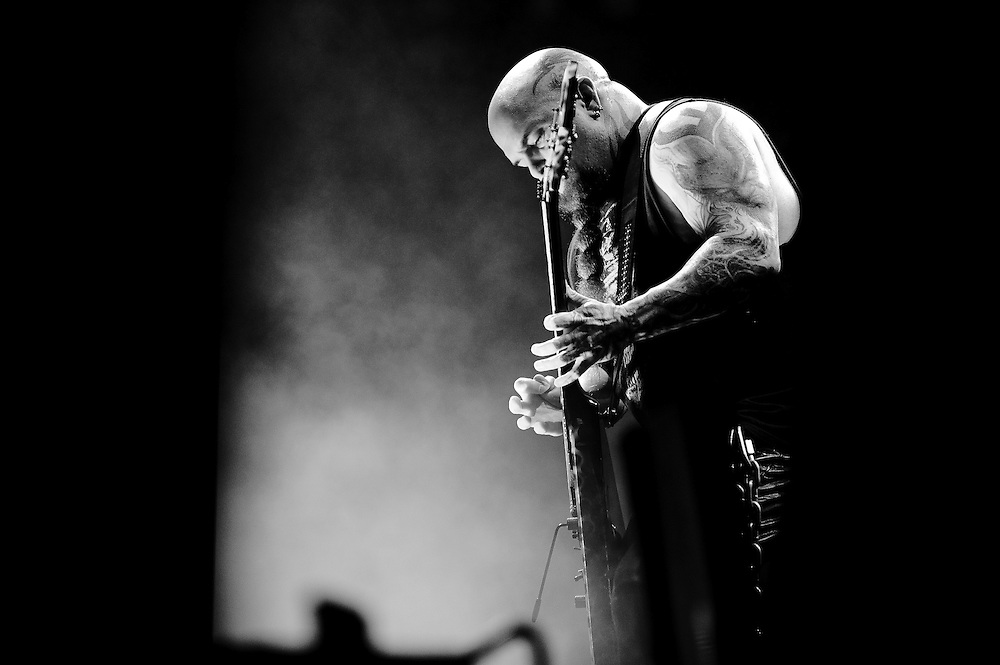 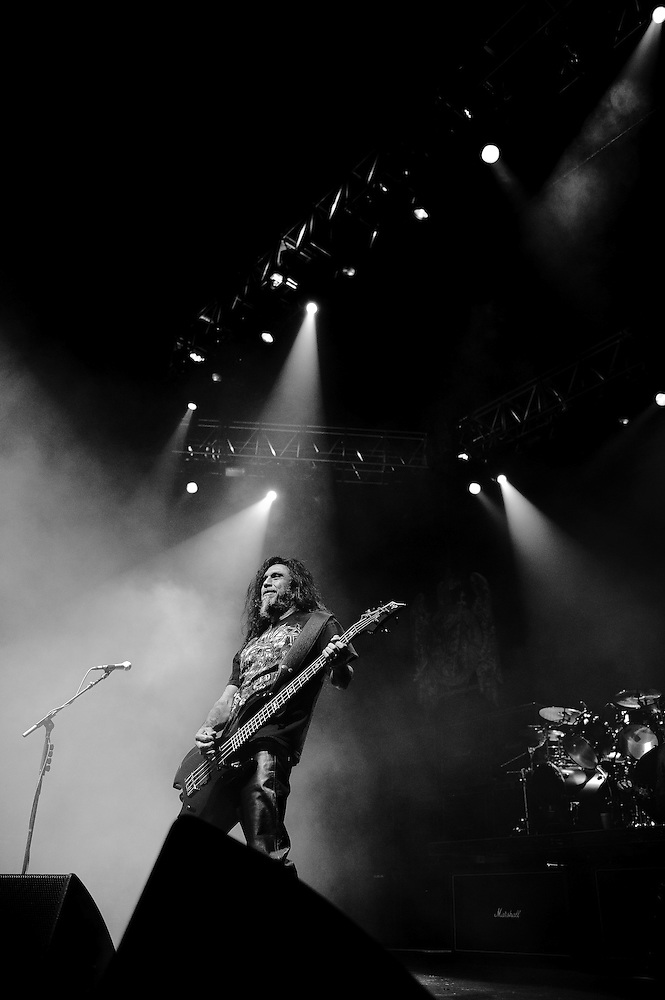 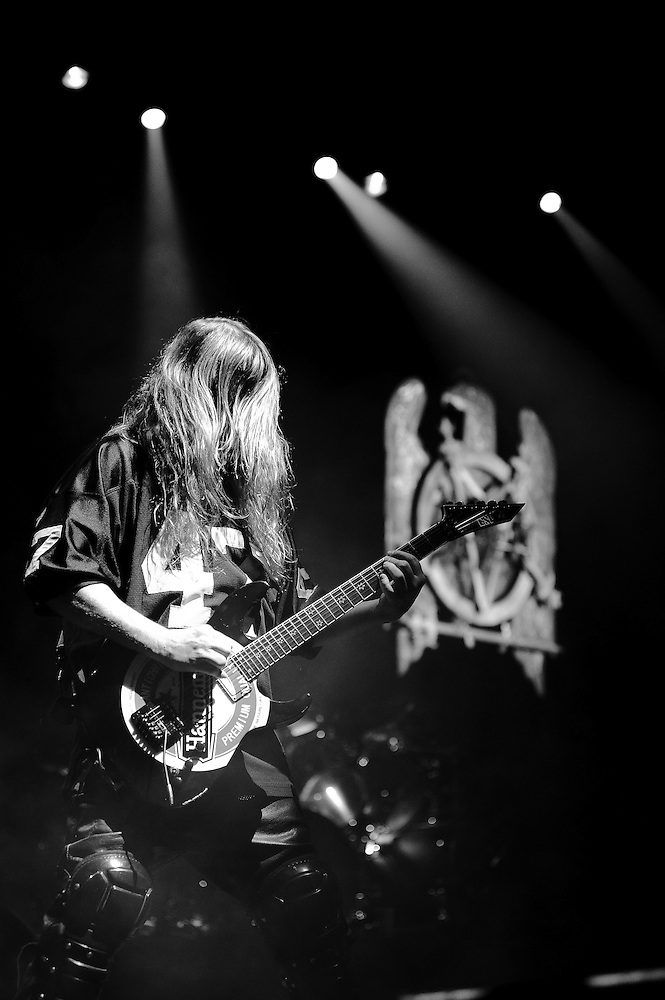 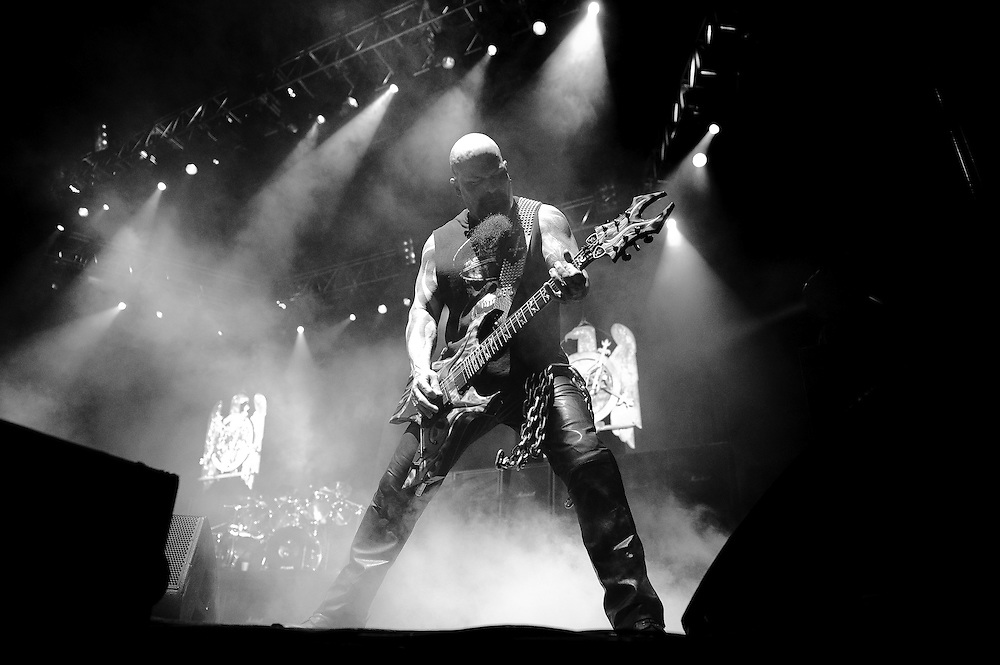 Face-melting riffs and speakers loud enough to stop your heart. Slayer rocks harder than just about every band you’ll ever see.

All the guys in the band are also total pros and are very accommodating for photographers. For me, the most engaging subject is lead guitarist Kerry King. The beard, the chains, the guitar with the devil horn headstock – all badass.

Slayer’s explosive lighting treatment was better than anticipated, but I still chose to convert all my images to B&W. I just felt that the dramatic B&W look fit with the band’s dark vibe. My exposure was 1/800 and f/3.5 at ISO 1000.