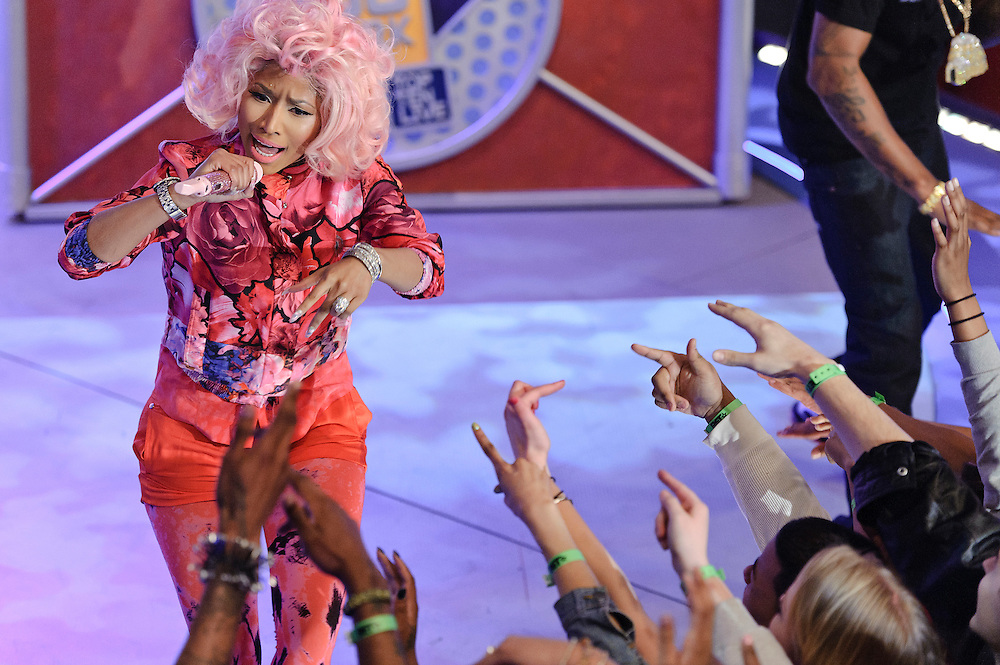 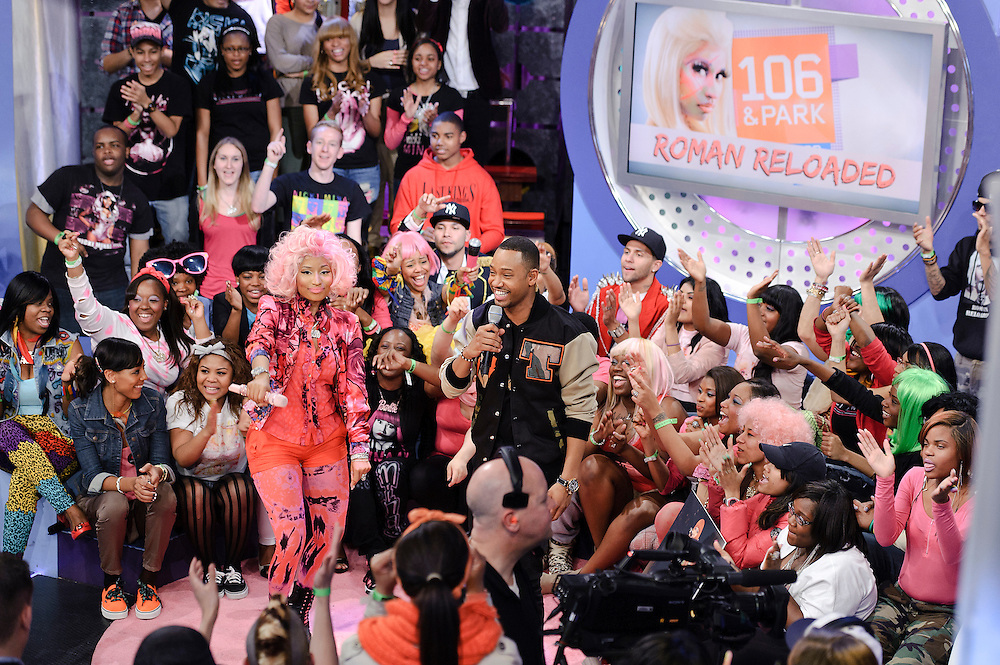 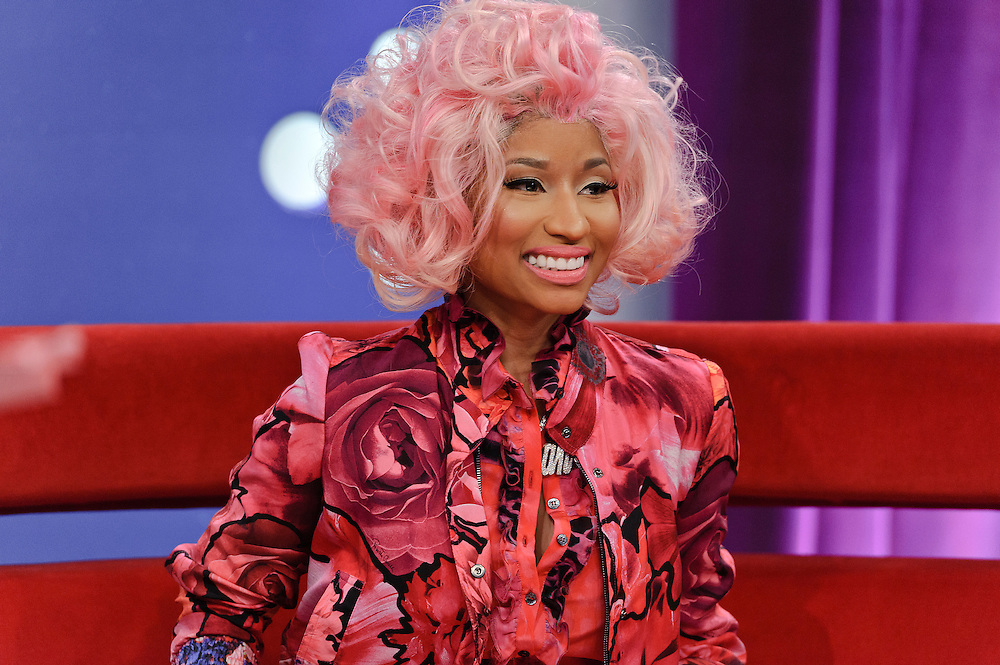 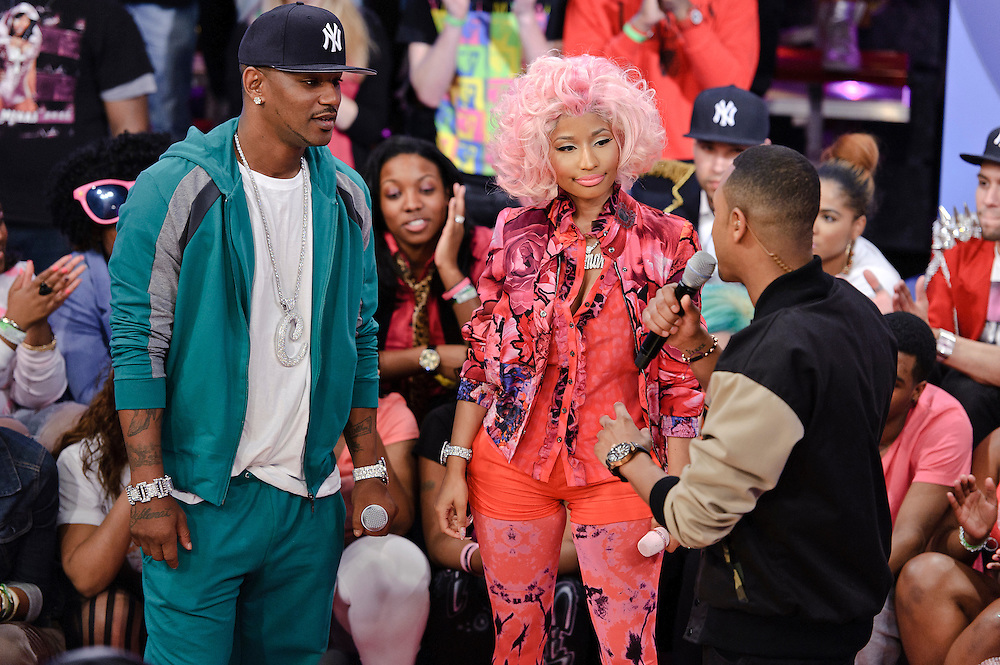 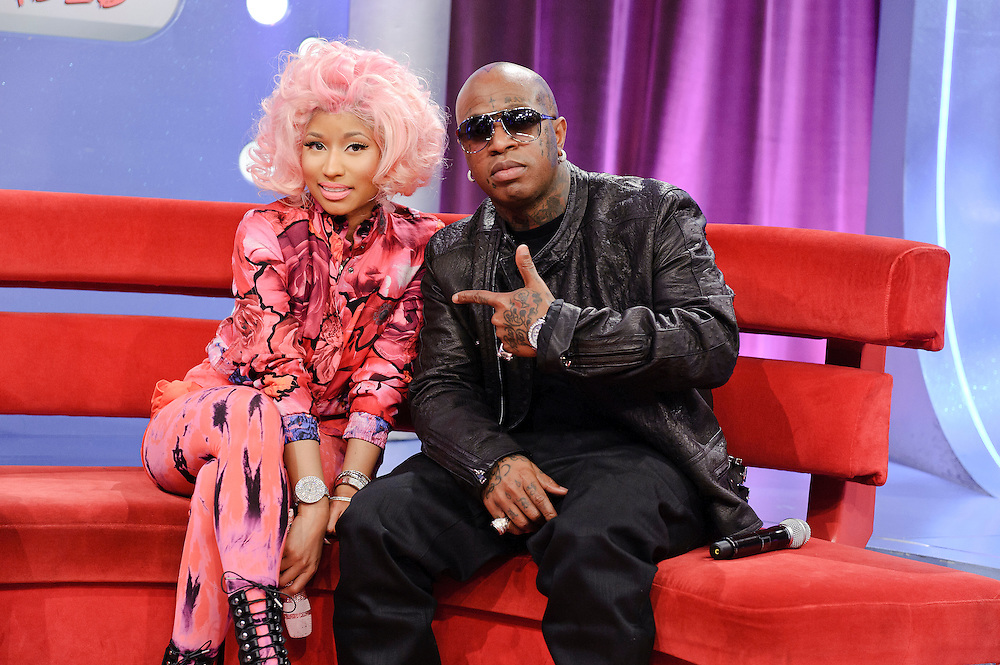 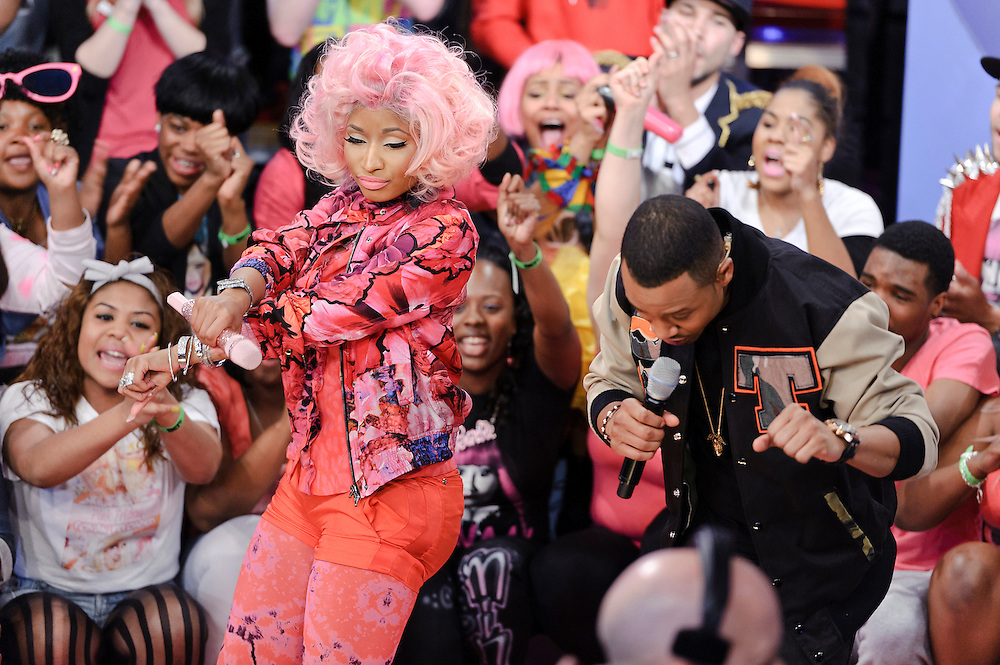 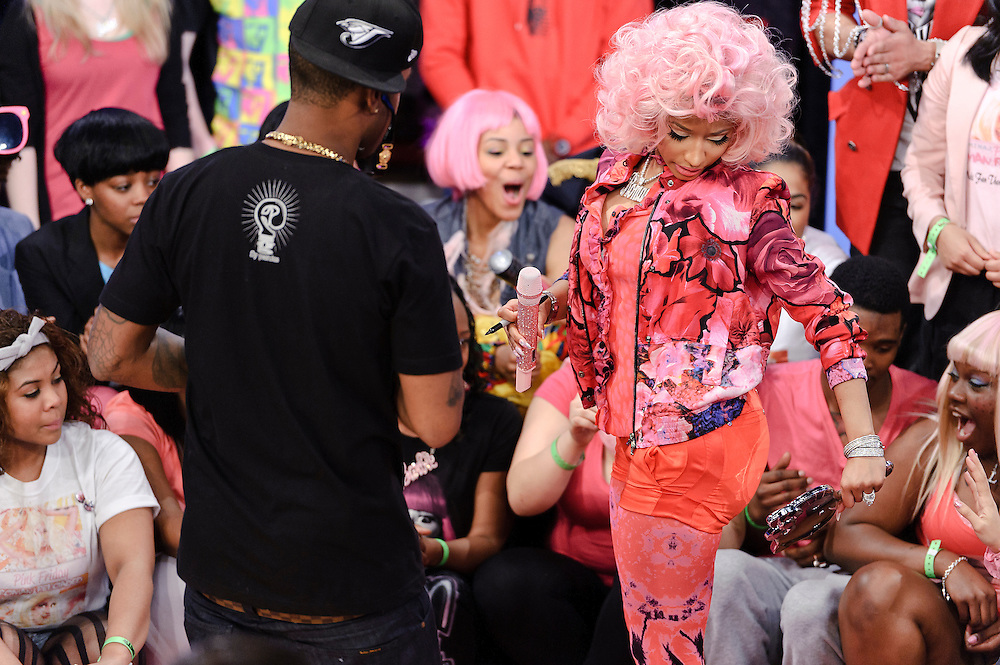 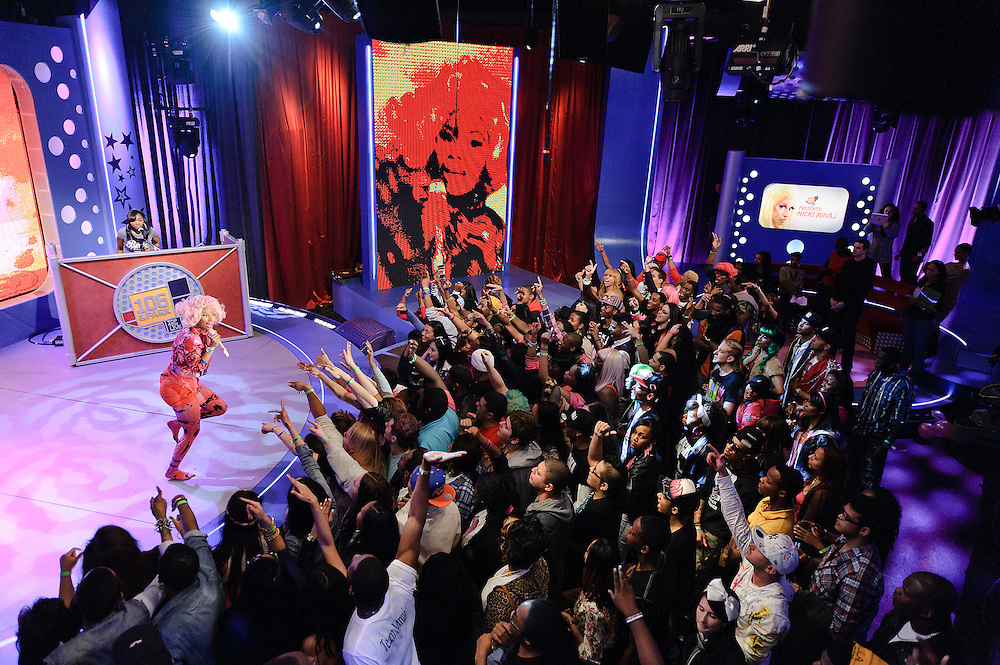 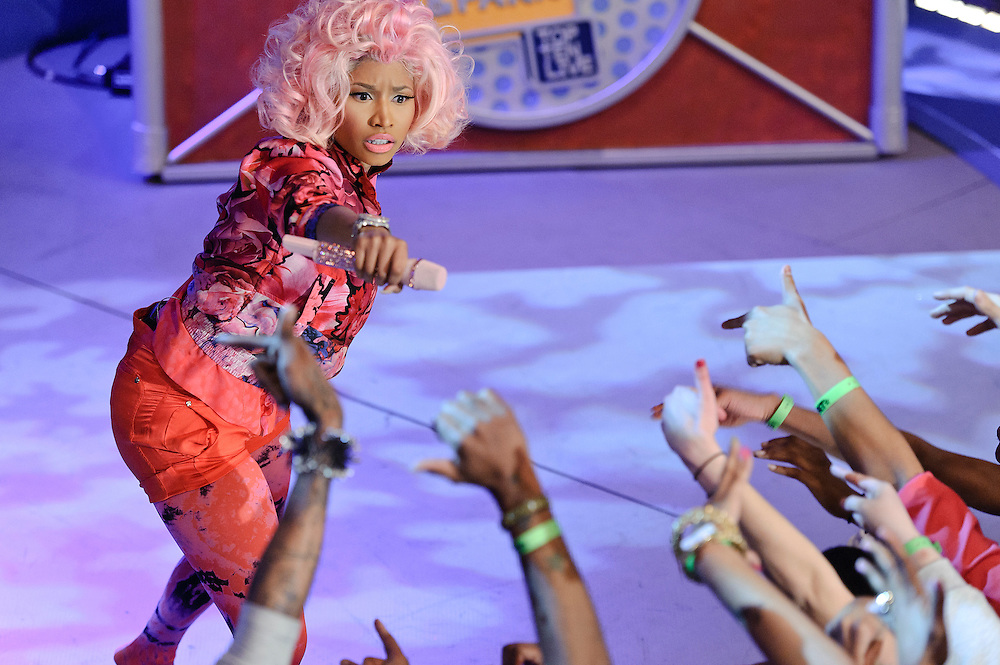 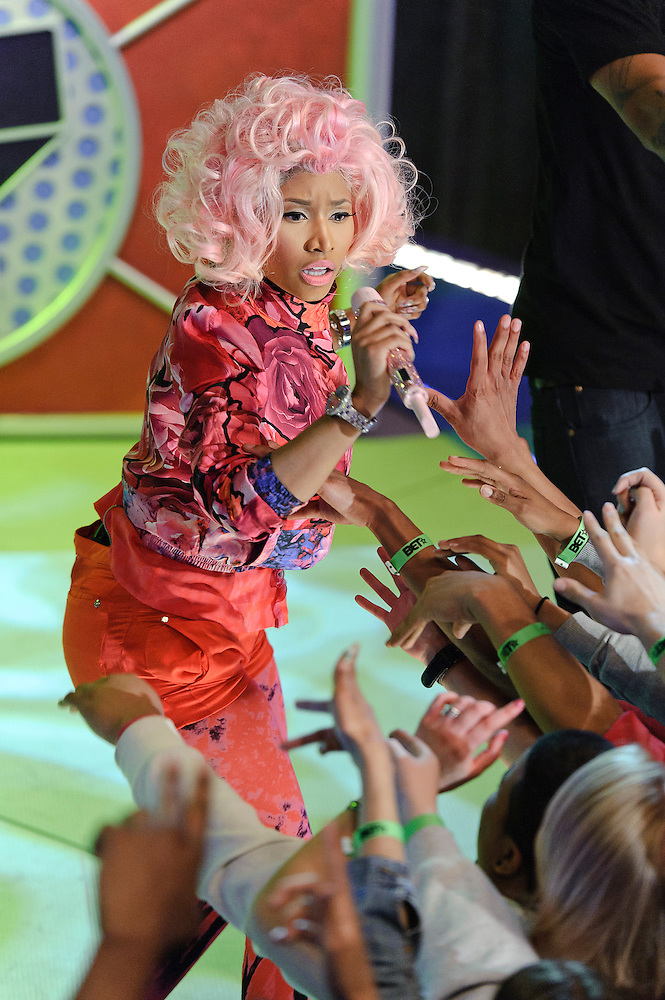 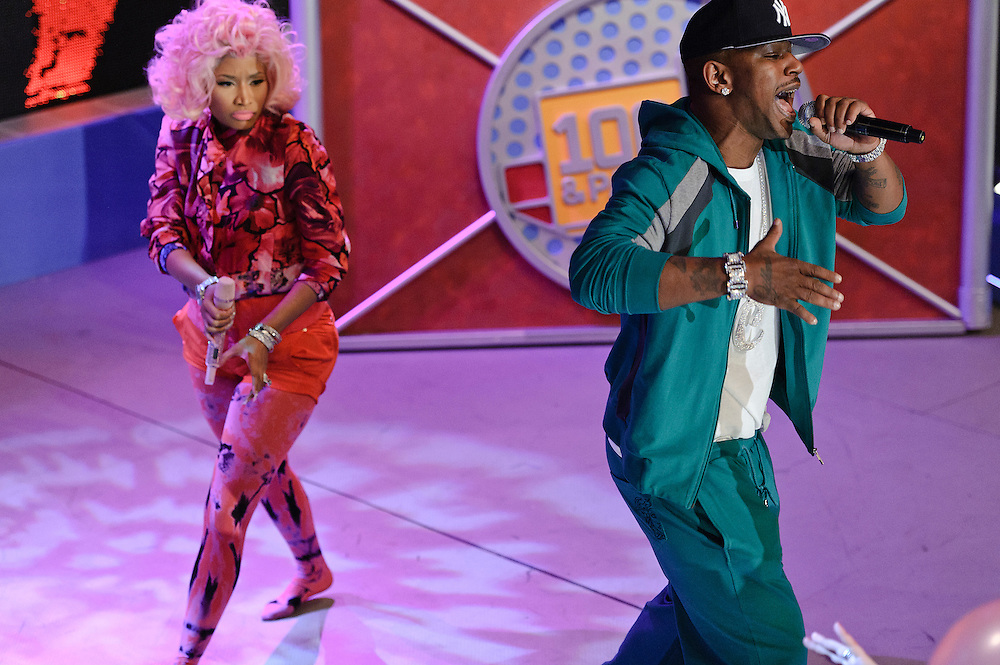 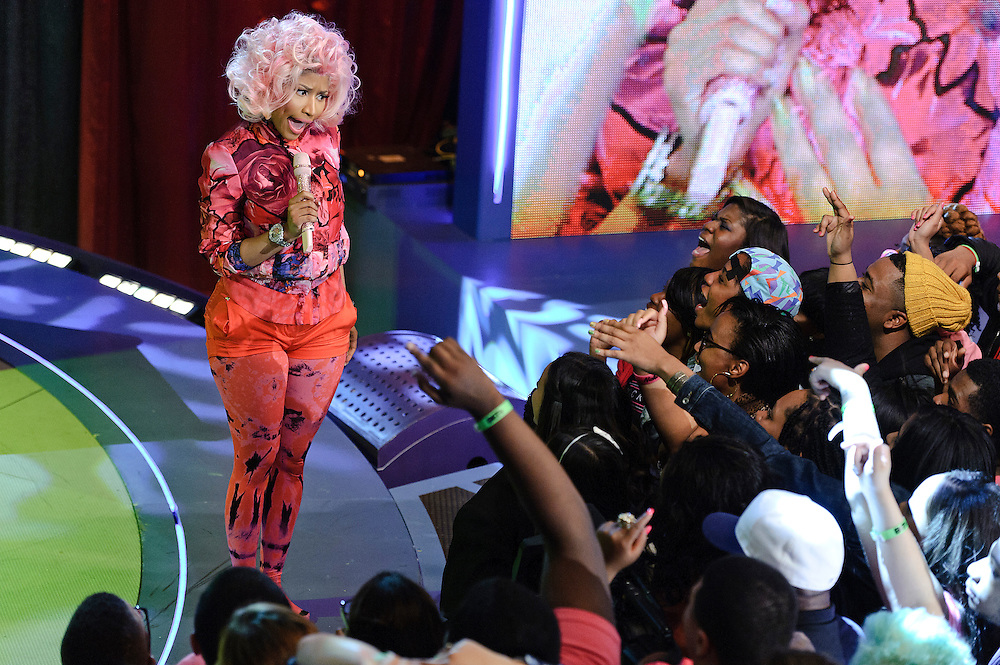 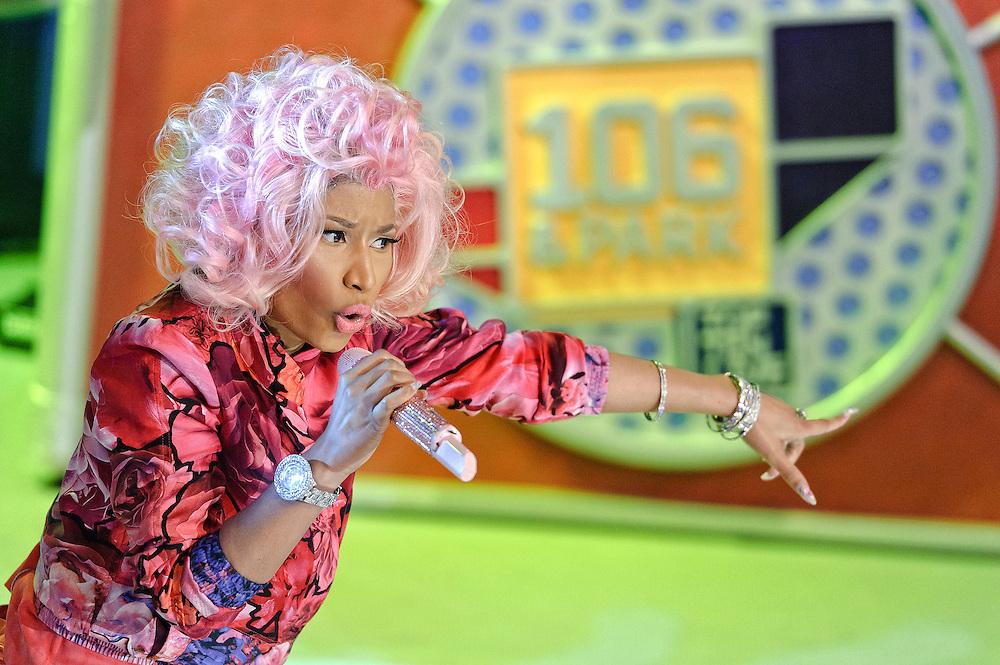 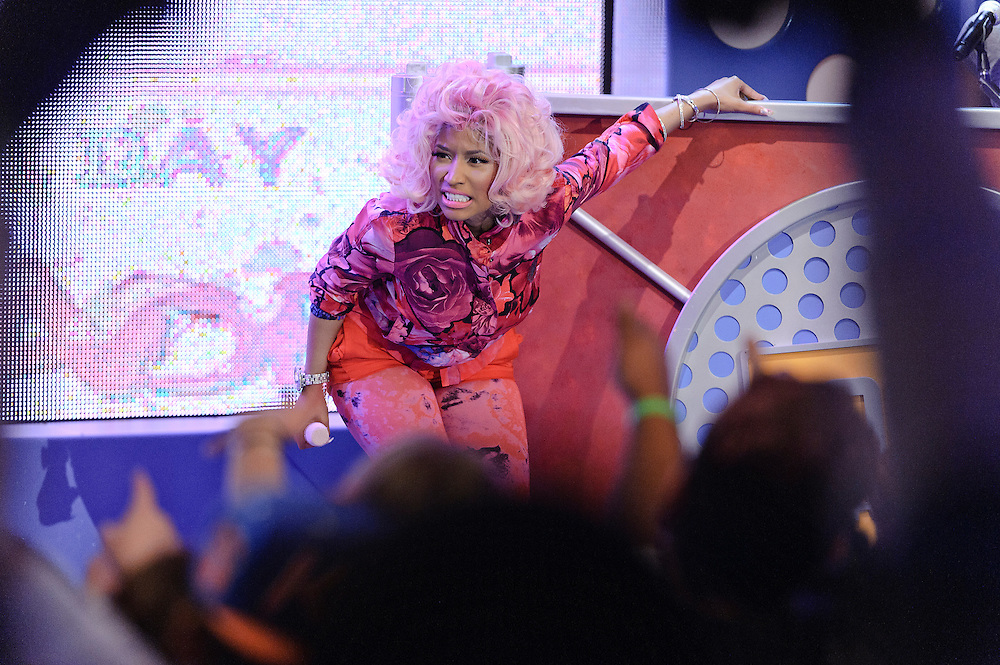 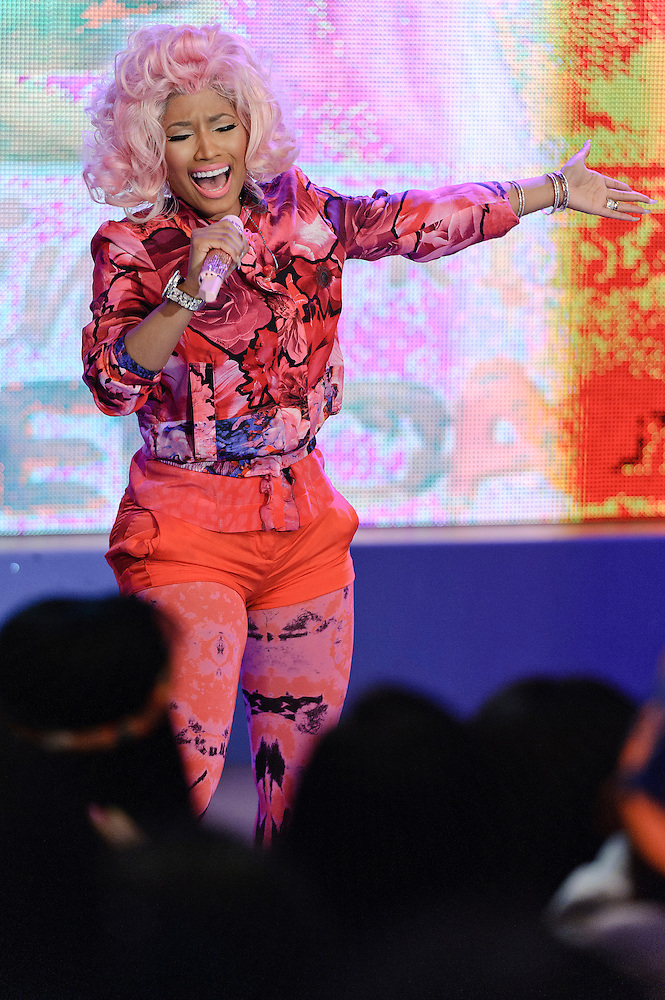 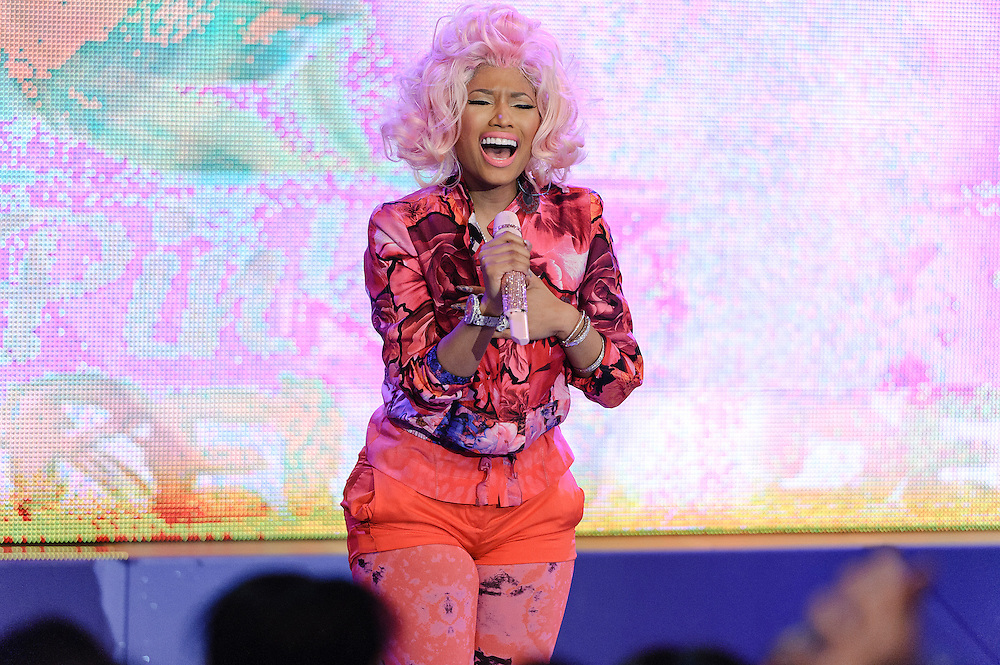 The best parts of shooting this video set were abundant light and consistent color temperature. My exposures were consistent around 1/160 and f/3.2 at ISO 1600. That is, except during Nicki’s performance when I upped the ISO to achieve faster shutter speeds. I was allowed to shoot mostly from a raised platform above the action. I got to roam the floor occasionally in between takes.

Like these images? Order prints or license them via FilmMagic.