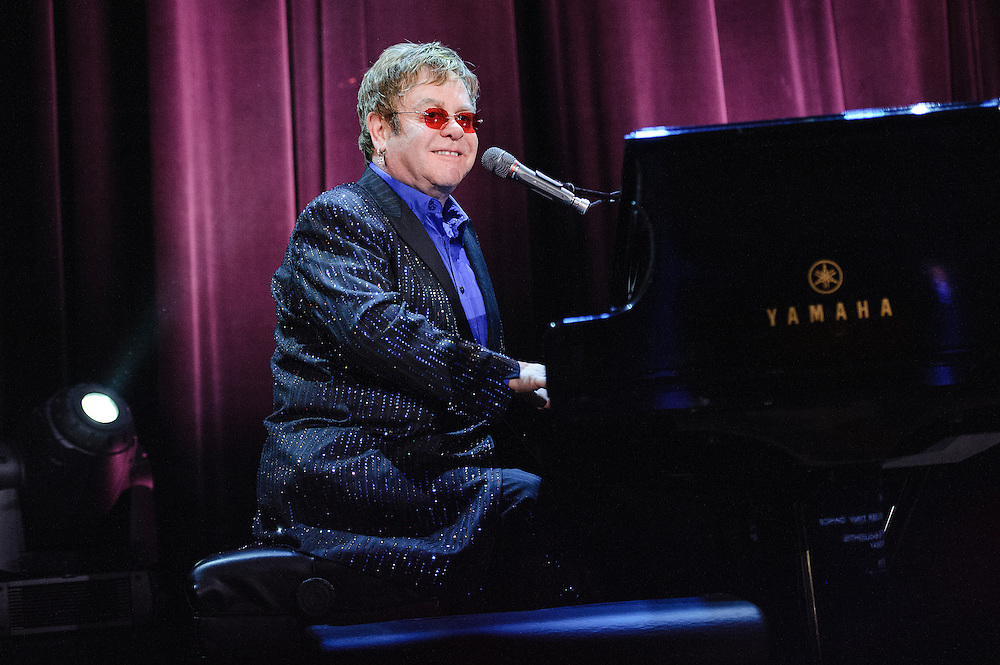 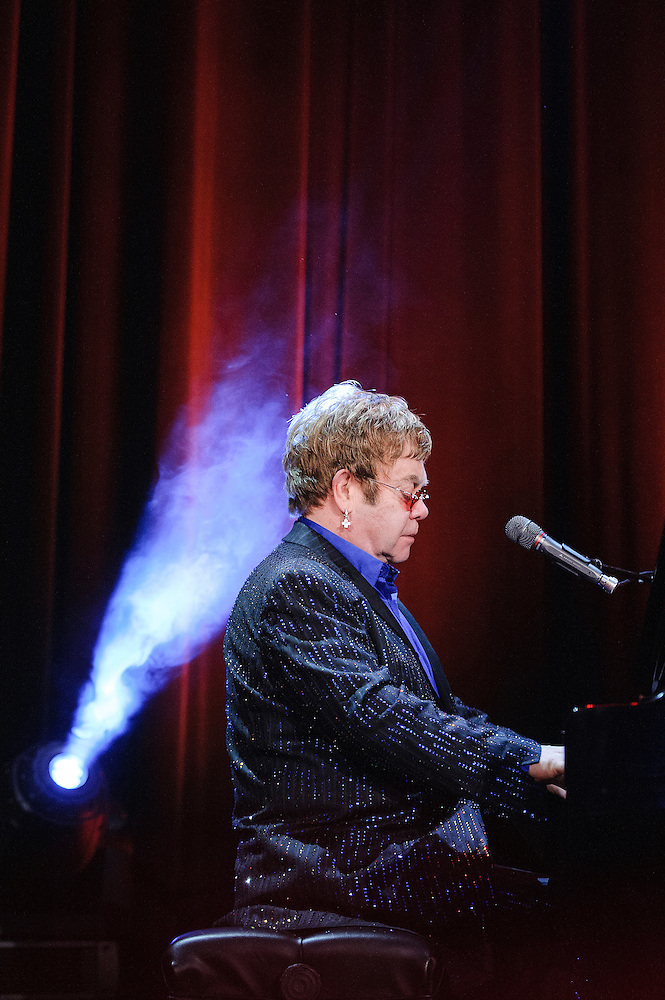 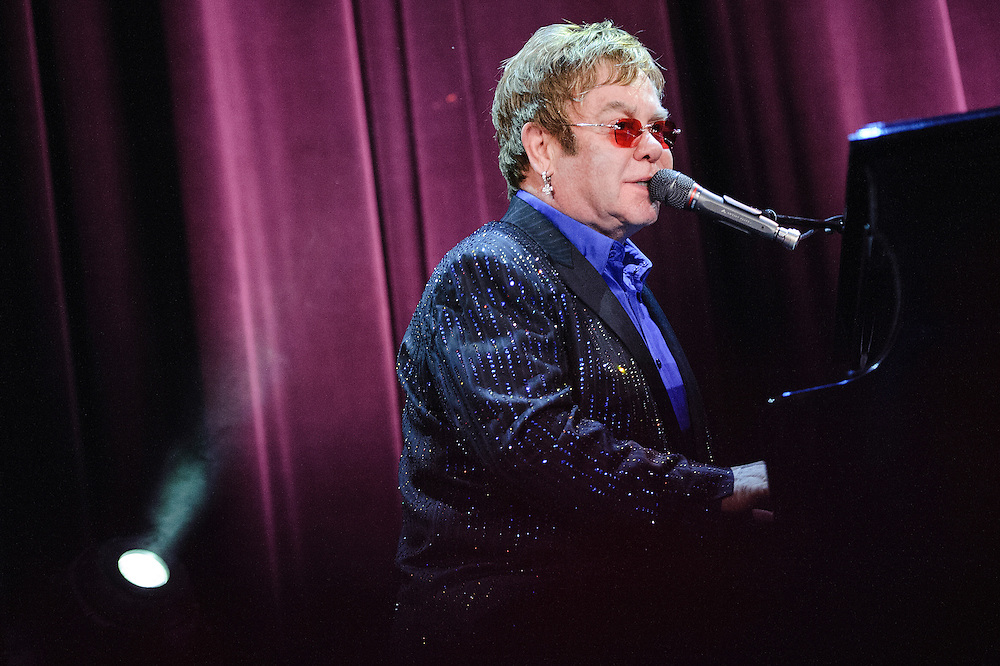 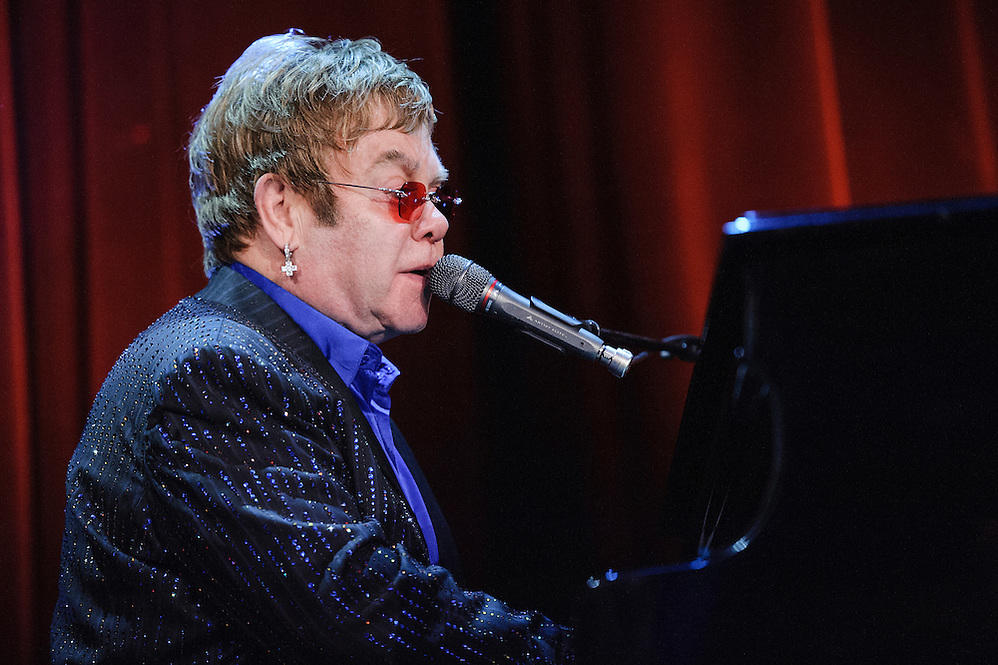 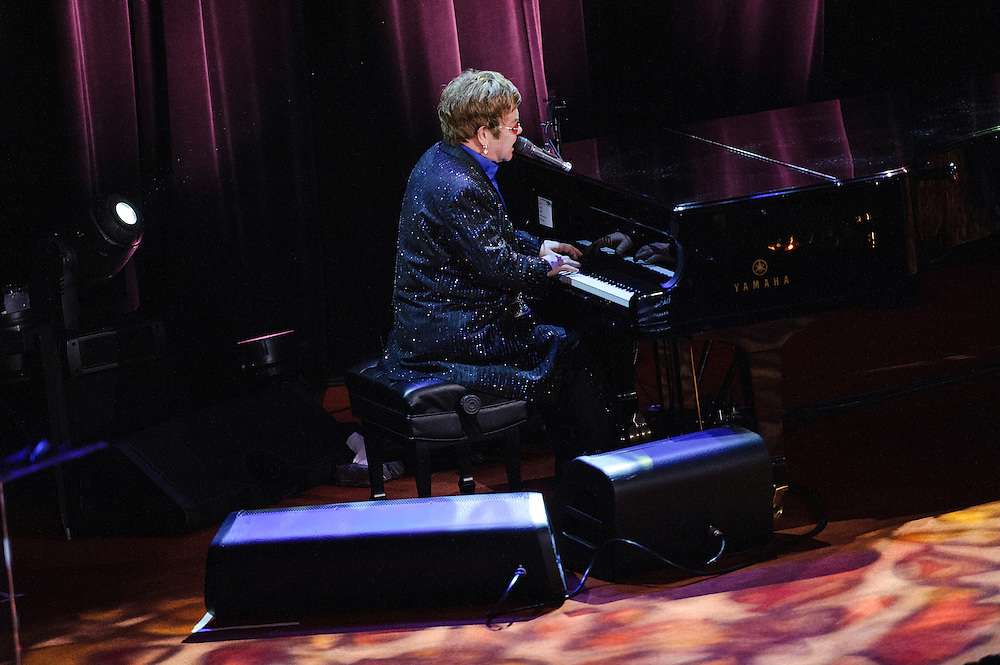 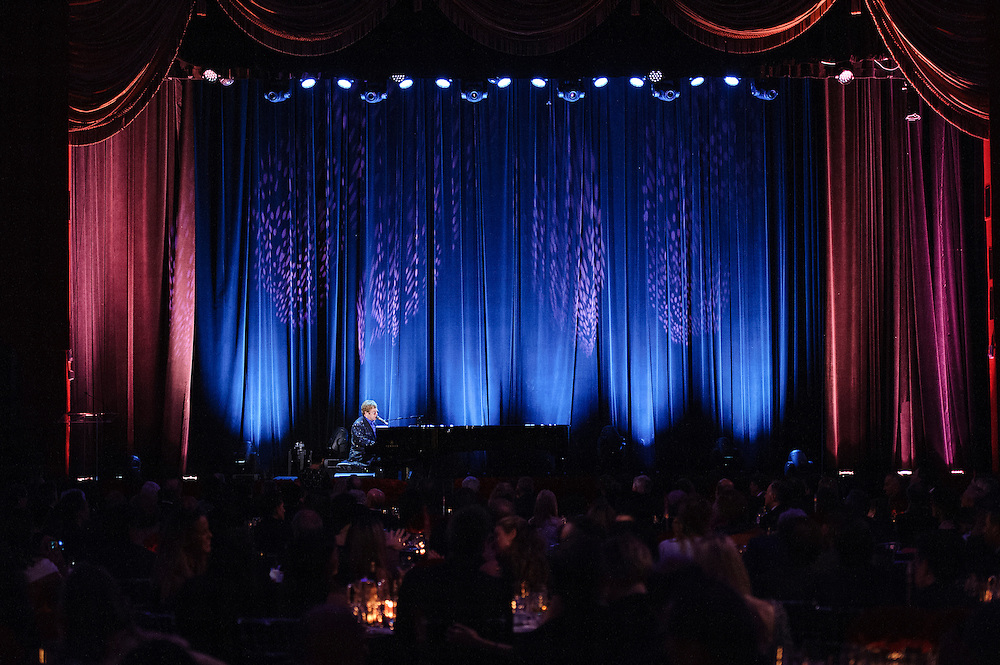 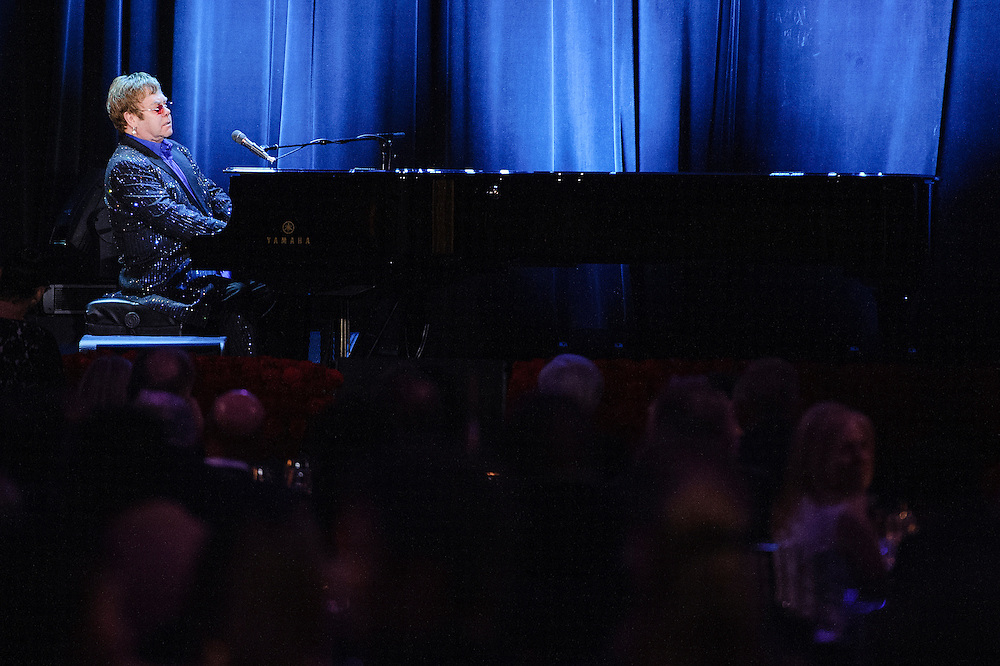 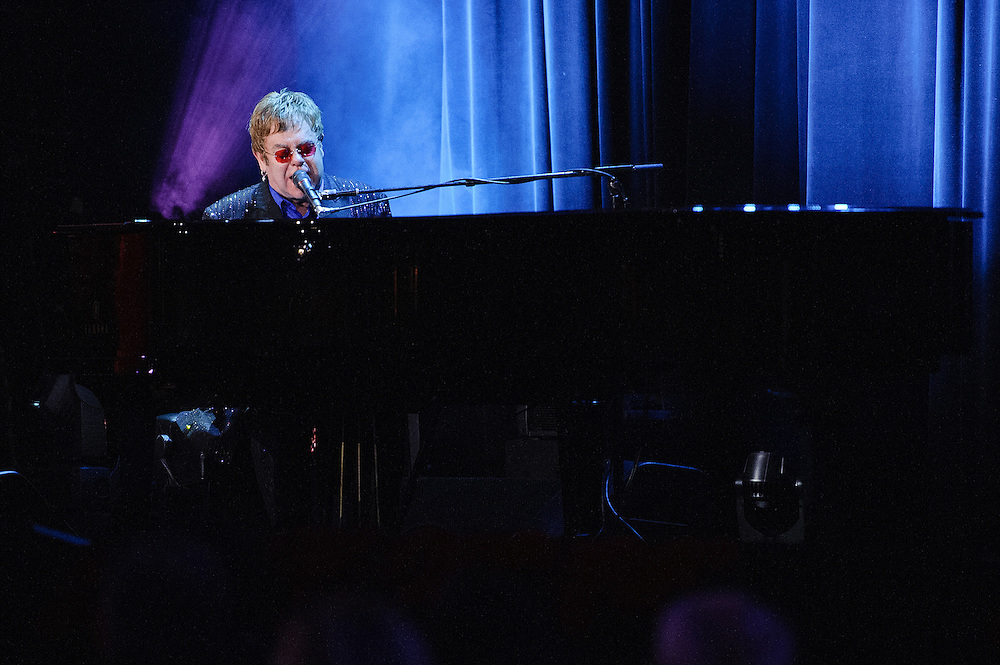 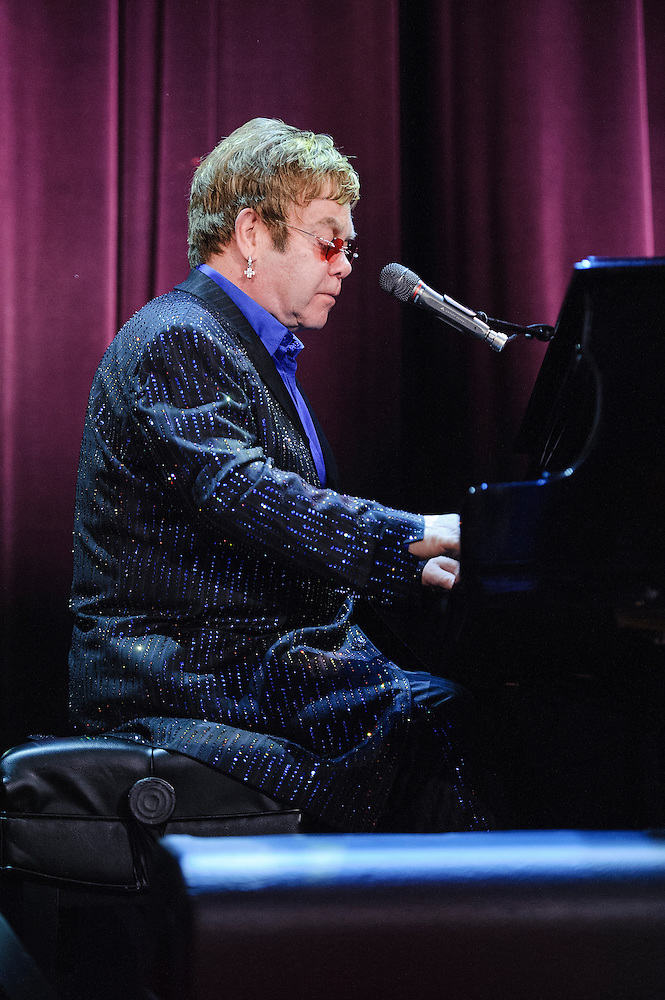 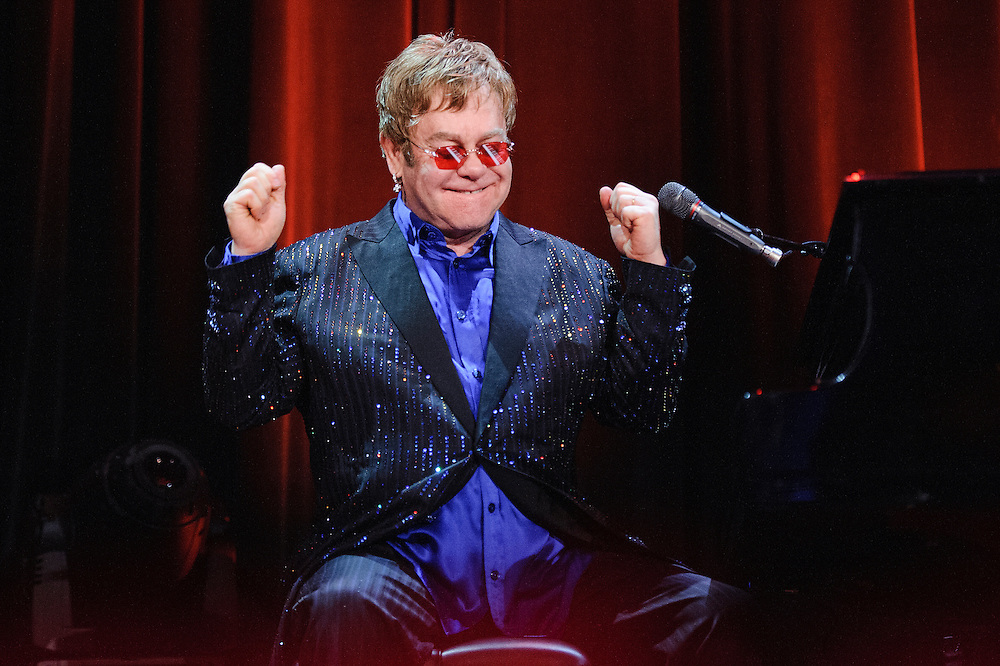 PR initially said photographers were allowed to shoot the first two songs from halfway back and either side of the room. The angles were workable but definitely not ideal. During the first song, however, I noticed a couple of shooters right under the stage. I asked PR if I could join them and they gave me the OK. Can’t explain their change of heart but I’m really glad I made the move because that’s where I got my best shots.

As for Sir Elton’s performance, I was blown away by the power of his playing and voice. He’s a magnetic force on-stage and I count myself very lucky to have seen him up-close in an intimate setting.

Like these images? Order prints or license images via WireImage.