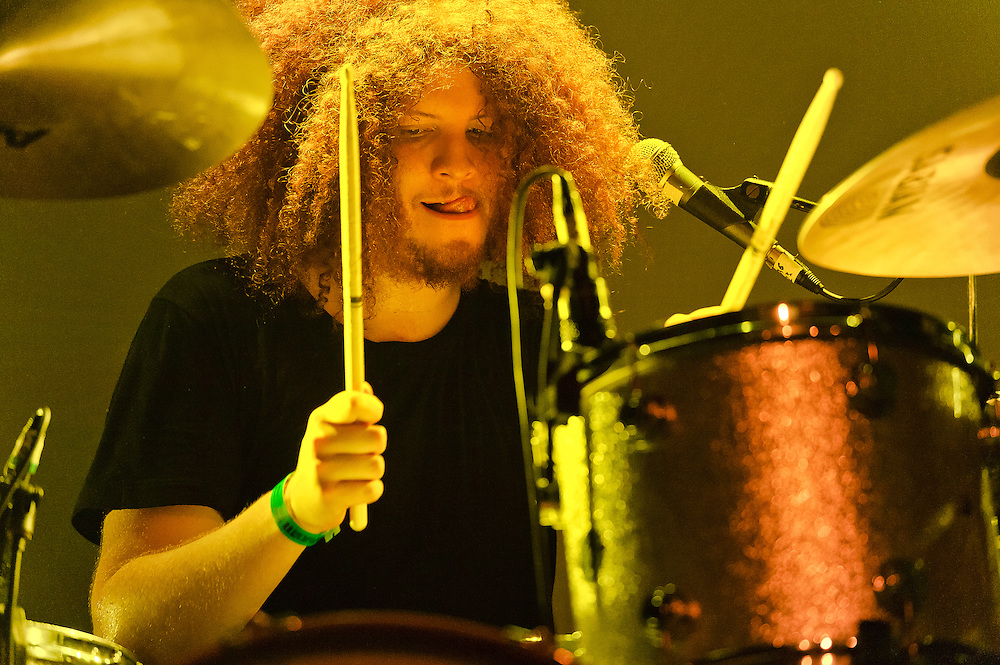 The concept of Iceland Airwaves is simple. Reykjavik throws a crazy, five-day long party that showcases the best local and rising international bands. Thanks to SPIN and Reyka Vodka, I covered all the madness. I shot about 40 full sets, met lots of friendly, talented people and discovered some great new music. Day one highlights included Agent Fresco, GusGus, For A Minor Reflection, Sing For Me Sandra, Yacht, Lockerbie, Sykur, Of Monsters And Men and Mammút. 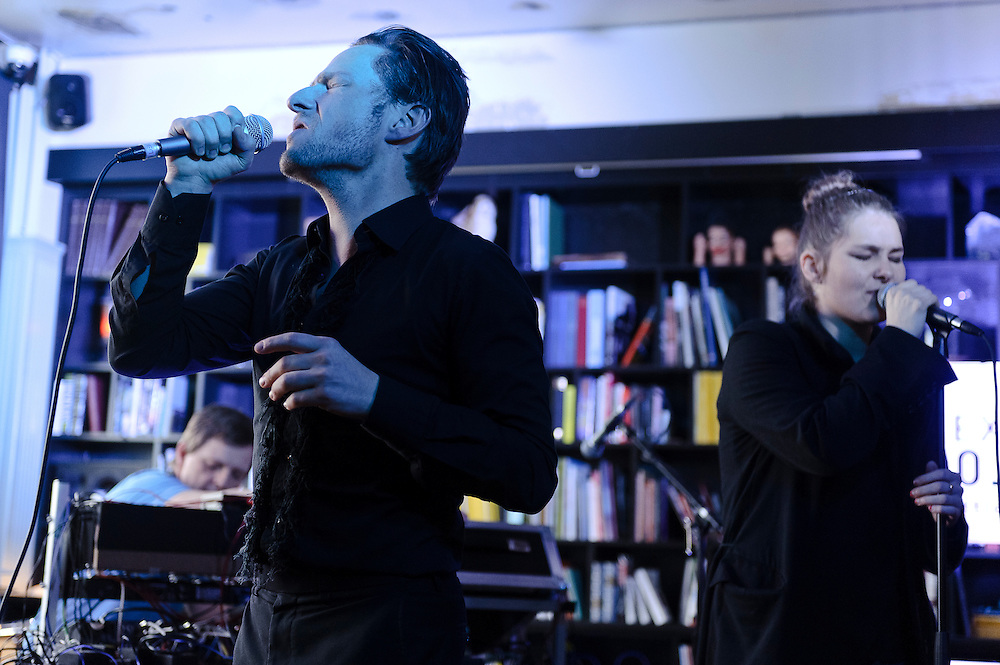 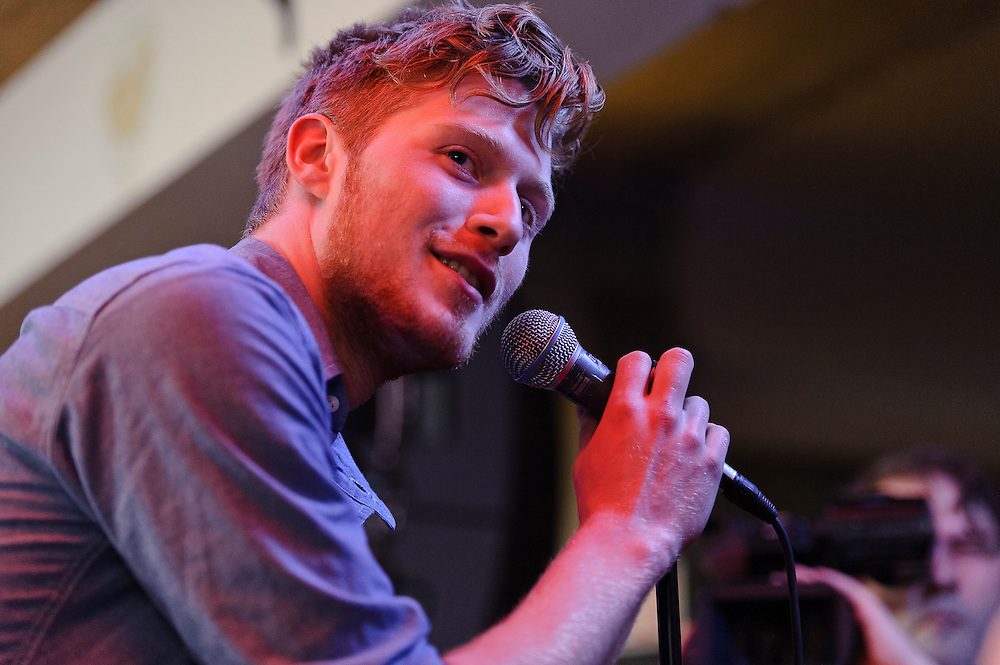 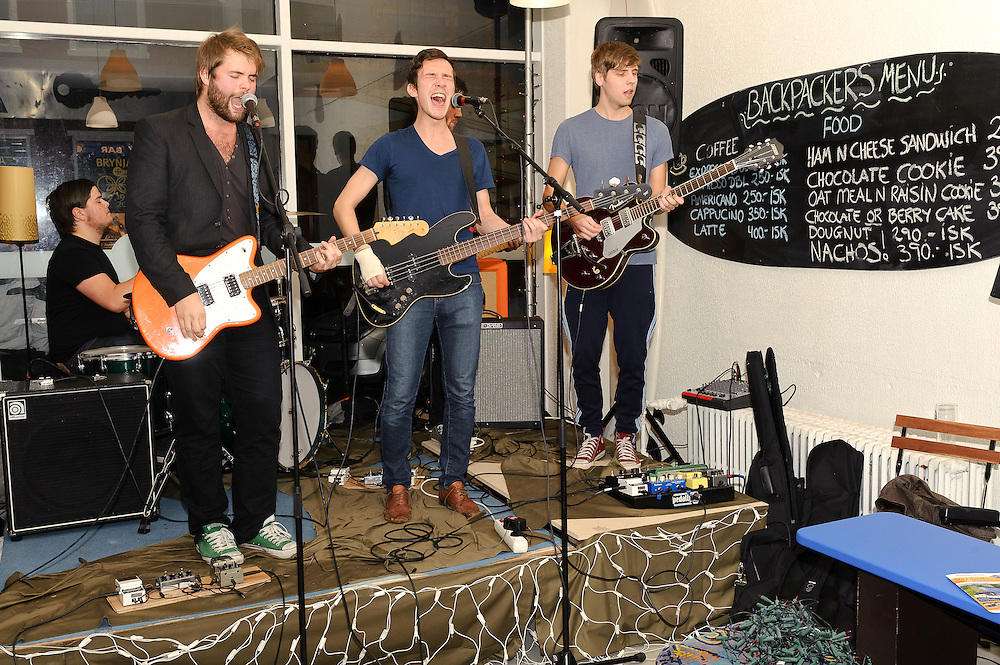 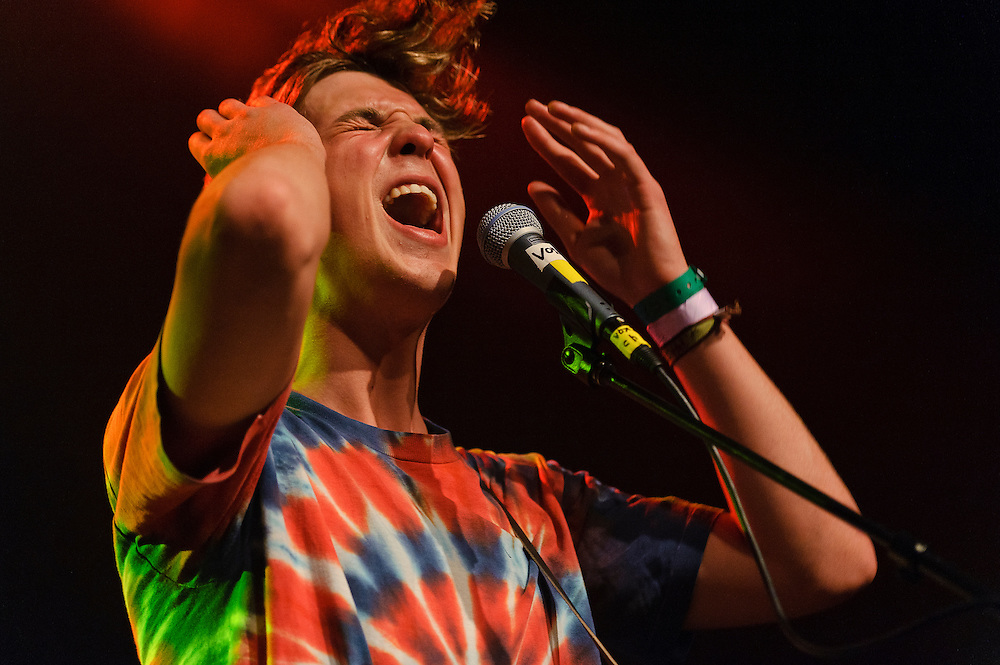 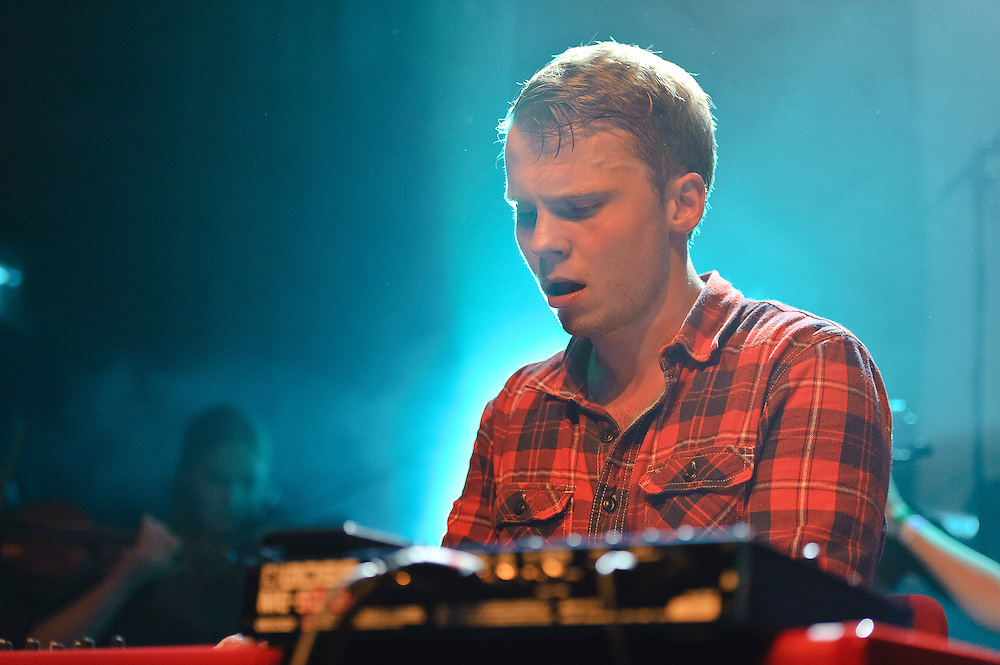 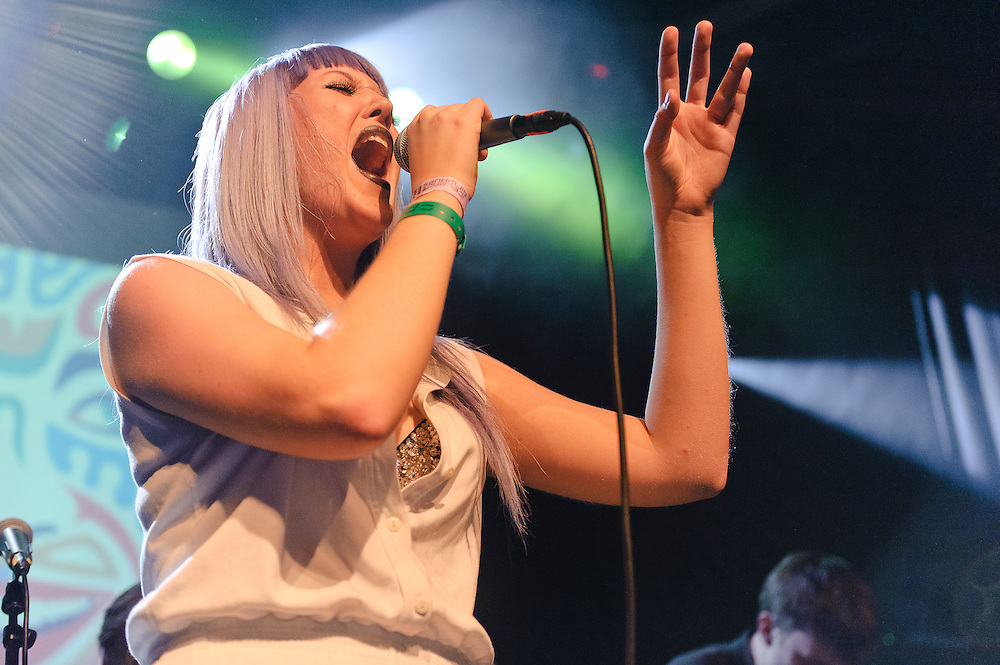 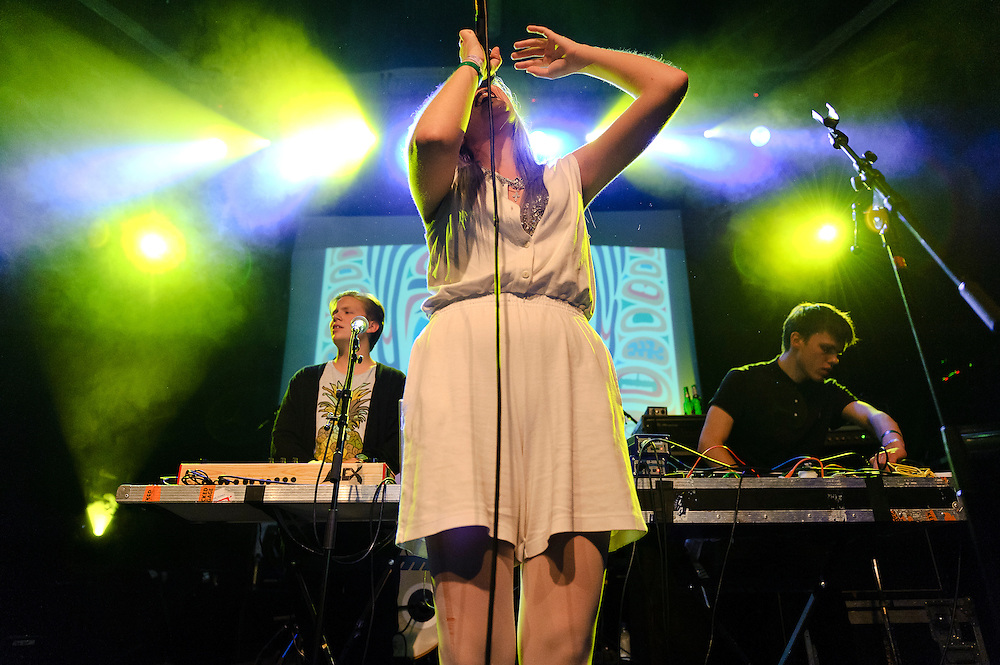 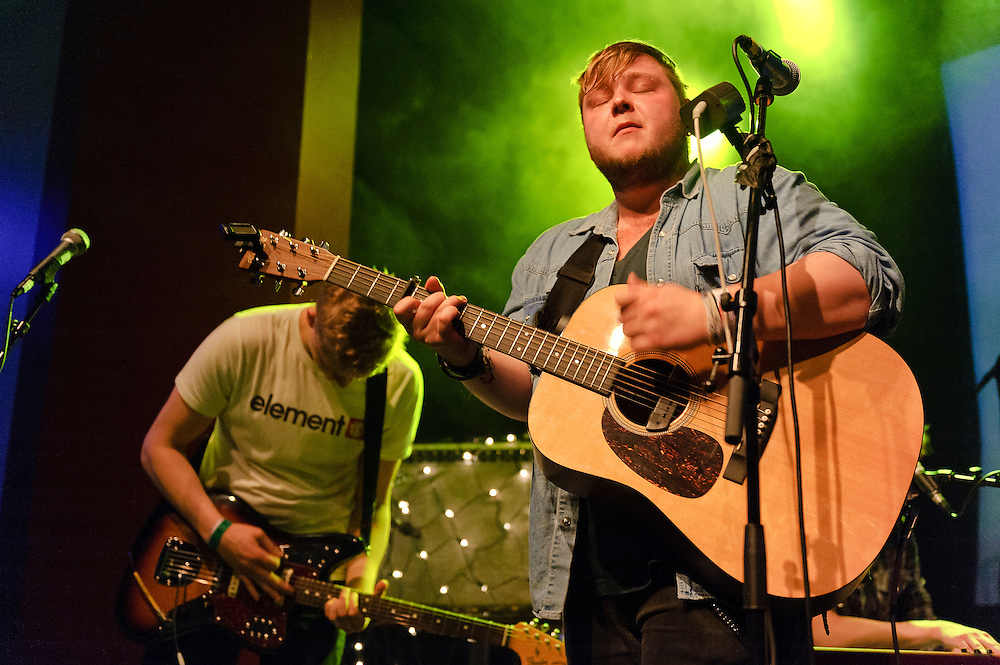 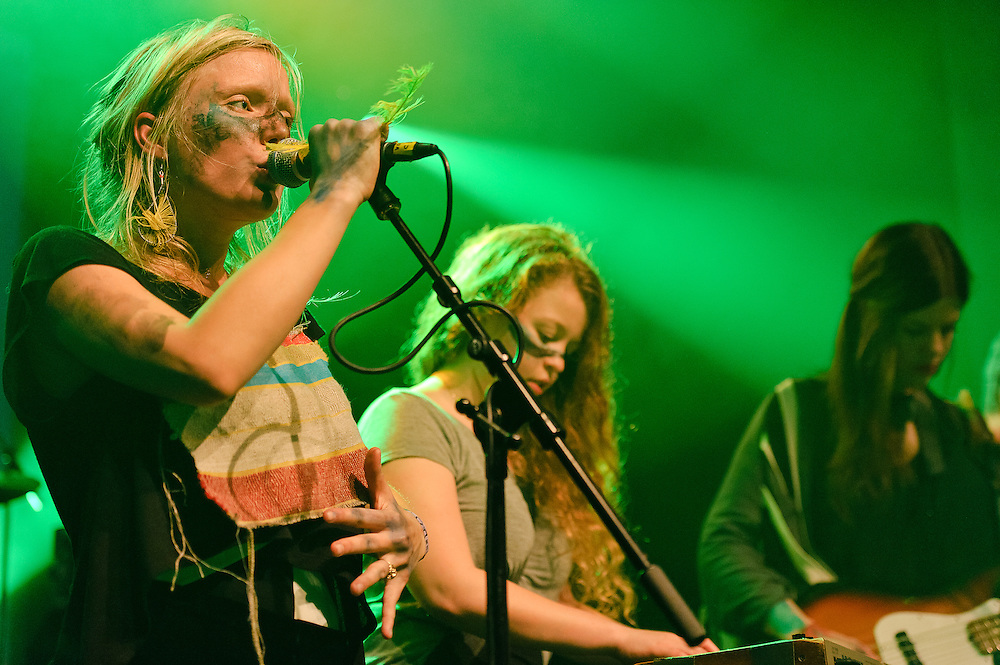 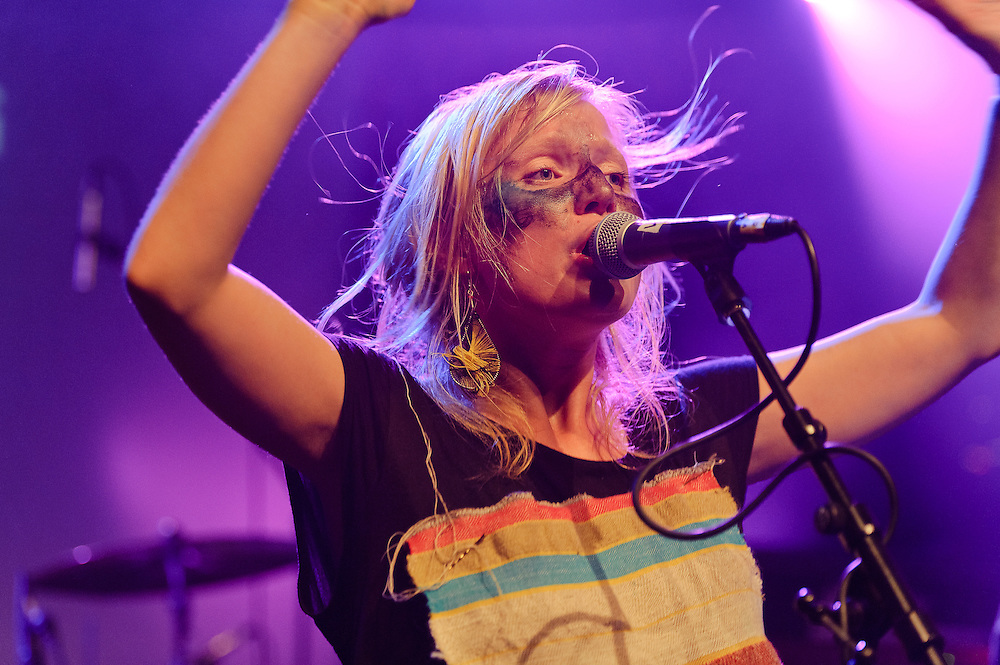 On the Icelandic musical calendar, Airwaves is like Christmas–a time that’s always eagerly anticipated. It’s the one time each year that Iceland’s music scene receives international attention. Local bands relish the opportunity to attract interest from international publications and labels, but also to impress fellow bands, friends and family. Now that my first Airwaves is proudly checked off my music photography ‘bucket-list’, here are some thoughts on why the Airwaves experience is so electric…

There are on-venue shows in proper concert venues that require tickets or credentials–NASA, Reykjavik Art Museum and the new Harpa concert hall are the big three. But there are also tons of off-venue performances in bars, hostels, shops, churches, tiny apartments, etc. that don’t require tickets or credentials. The sheer number of venues and their overall intimacy is impressive. Music is practically oozing out of every nook and cranny of downtown Reykjavik during Airwaves. Local bands tend to play as much as humanly possible (six or seven times isn’t unusual). The bottom line is that you can catch great bands more than once and in very different environments. If you want the big lights and large crowds then on-venue is the way to go. But you can also catch the same band elsewhere off-venue. The beauty is that everyone can enjoy Airwaves, even without a ticket.

There are no shooting limits for off-venue shows, fairly lax rules at certain on-venue locations and little boundaries between bands, press and fans. In an industry where access is everything, and more specifically as a young American music photographer raised in the age of the ‘first three song rule’ as standard practice, this is a breath of fresh air. Better access is likely due to the very simple fact the Reykjavik is a small city. Everyone seems to know each other and you constantly run into familiar faces on the streets, in bars and at shows. It’s not unusual to see a band on-stage then maybe share a beer with them later that night.

The close-knit character of Iceland’s music scene is highly conducive to nurturing original music. Many Icelandic musicians play in more than one band, each with a different musical style. The drummer you see in a blues-rock band during the week might play in an electro band on the weekend. Bands also tend to avoid copying each other because the scene is too small, and instead, they favor creating something new and different. Diversity isn’t merely encouraged, it’s required. Wild, genre-bending combinations are par for the course here. Trying to describe Icelandic popular music in neat, easily-classified genres is an effort in futility.

Stay tuned for more posts featuring the best photos from each day of Airwaves, plus full sets from select artists. I’m offering 25% off all Airwaves prints! Enter coupon code AIRW11 at checkout to receive your 25% discount!